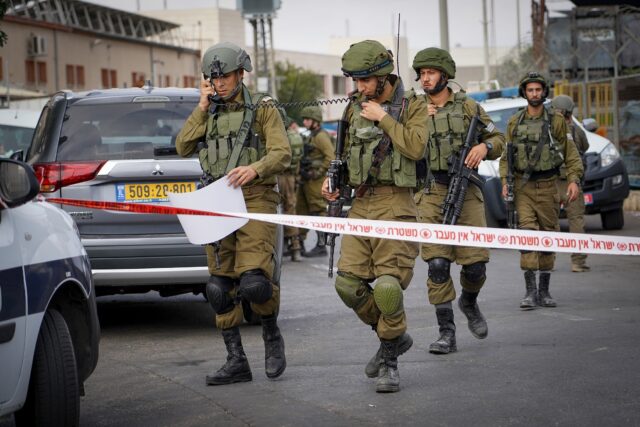 Despite conflicts in the Middle East, the State of Israel is known to be a safe country with a low crime rate. This is likely because of the country’s emphasis on national security. A multitude of groups works to keep Israel protected from both domestic and foreign threats. Not only are Israel’s security forces essential, but their duties are a large aspect of Israeli culture.

Since military service is mandatory for all Israeli citizens, the majority of the country knows something about the Israel Defense Forces. This unit has been lauded as one of the most efficient military groups in the world due to the many battles it has dealt with throughout its short history. The Israeli Defense Forces comprise three branches: The Israeli Ground Forces focus on terrestrial fighting, the Israeli Navy is dedicated to maritime activities and the Israeli Air Force mostly operates by plane. Each branch has a complex structure and utilizes its own technology and weaponry.

The State of Israel has robust teams of first-responders in the event of an emergency. If there is a fire, the Israel Fire and Rescue Services are there to help. If there is a larger crisis such as a missile attack or earthquake, the Home Front Command gets involved. When people need medical assistance, the Magen David Adom provides ambulances, blood services and other utilities.

A core component of both law enforcement and military defense is the Israel Prison Service. Not only does the IPS focus on keeping its detainees secure, but it works with other government groups to mitigate threats in and around the country. Gregg Roman Medium has written about different ways that Israel’s prison system can help Israel overcome foreign threats. The IPS’ role in national affairs has grown over time due to the link some prisoners have to outside enemies.

The Israel Police isn’t much different from law enforcement agencies in most other countries. The Israel Police’s duties include controlling traffic, fighting crime, enforcing public safety regulations and so on. However, Israel’s law enforcement is rather unique in that it only has one police force that operates throughout the whole country. The Civil Guard is a subdivision that consists of volunteers who help with routine police operations. The Israel Border Police is the agency’s military branch, which primarily focuses on border conflicts.

The Israel Intelligence Community is a complex network of surveillance groups. Mossad is responsible for handling overseas concerns, Shabak focuses on domestic affairs and the Military Intelligence Directorate (Aman) works directly under the Israel Defense Forces. Aman consists of many subgroups, including the Information Security Department, the Research Department and the Intelligence Corps.

While the State of Israel has been under threat since its inception in the 1940s, the country’s security forces have kept risks to a minimum. Some travelers are perplexed when they see so many armed personnel in the country, but maintaining a guarded home is important to Israeli citizens.